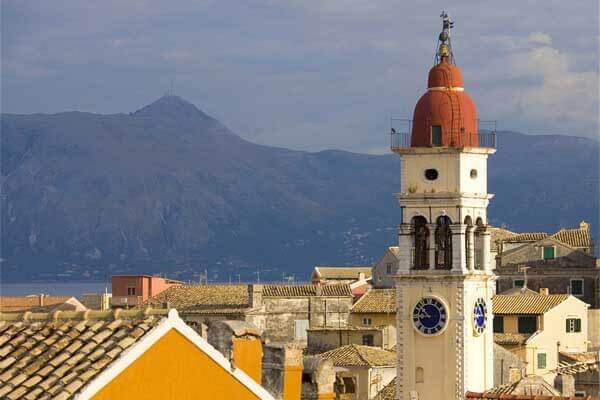 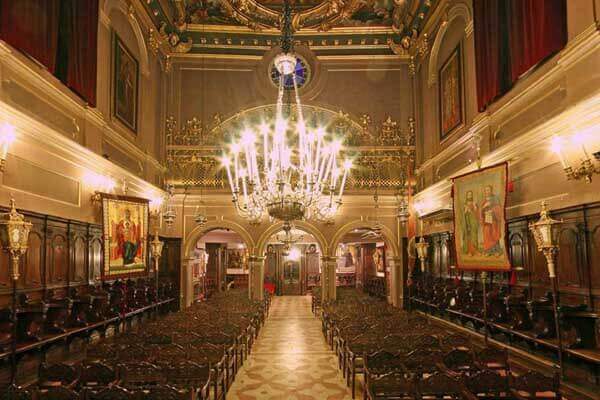 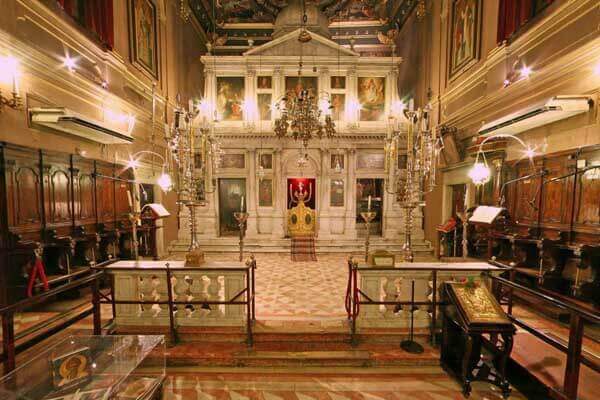 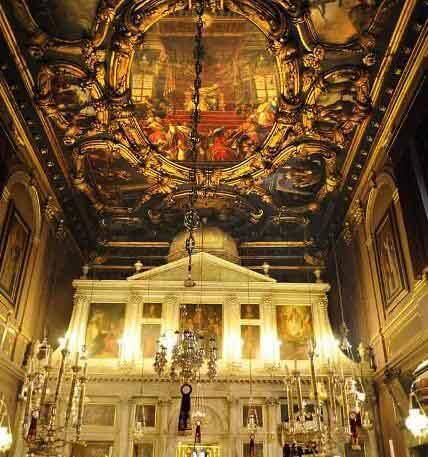 The church of Saint Spyridon, one of the most important post-Byzantine monuments of the city of Corfu, attracts visitors to the city and the island.
It is a simple building outside. One-aisled wood-roofing of the Ionian royal style, possessive of the Voulgari family, which was in the possession of the Saint’s relic, more closely resembles the churches of the West than the East, as it lacks the strict Byzantine standards found in mainland Greece. When you enter the entrance your gaze will be trapped by the “urania”, the roof of the church, consisting of 17 golden frames, in which are depicted scenes from both the life of Ai-Spyridon and the Gospels.

The frames of the panels are authentic, while the frescoes are copies of the original ones, which was painted by Panagiotis Doxaras in 1727. The frescoes, which were destroyed by the humidity, replaced the Aspiotis during the 19th century.

The marble iconostasis of the temple, almost touching the “uranium”, a work of the early 20th century, is another feature of the Ionian architecture. It is worth mentioning here that the old stone temple of the church was transferred to the church of Saint George P. Fouriou, a church that carries its own history.

The relics of Saint Spyridon are kept in a 19th-century silver larnaca, located on the right of the sanctuary.