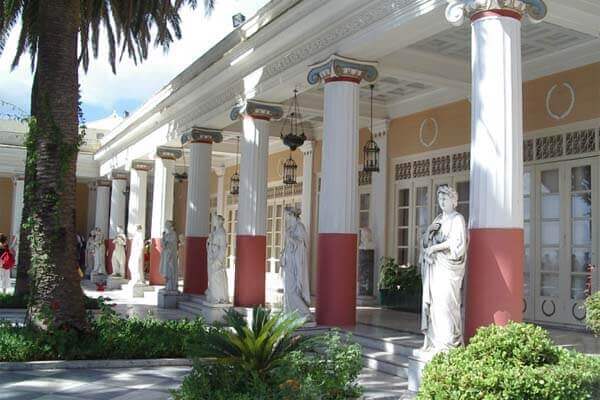 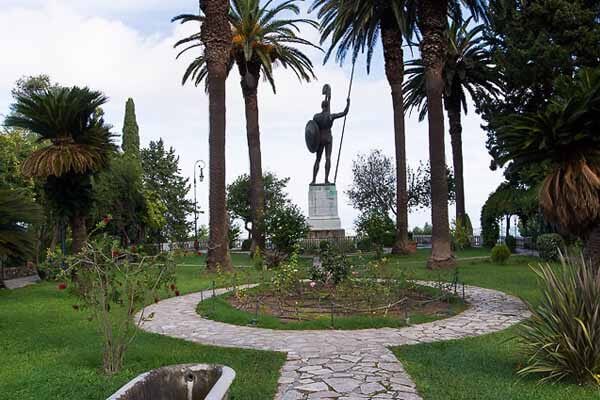 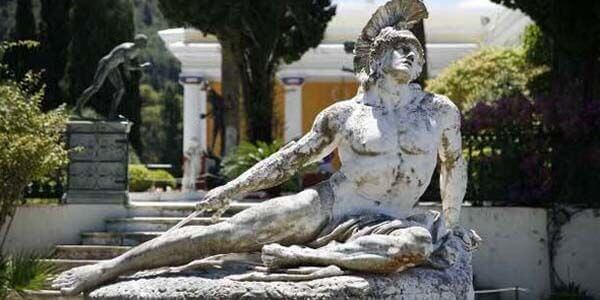 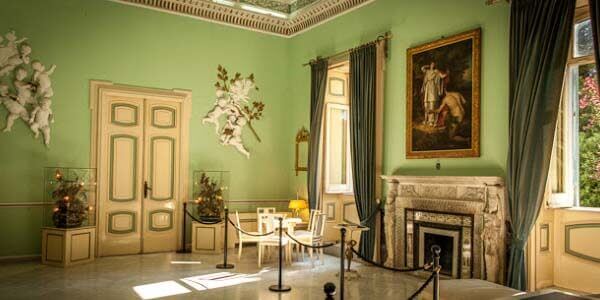 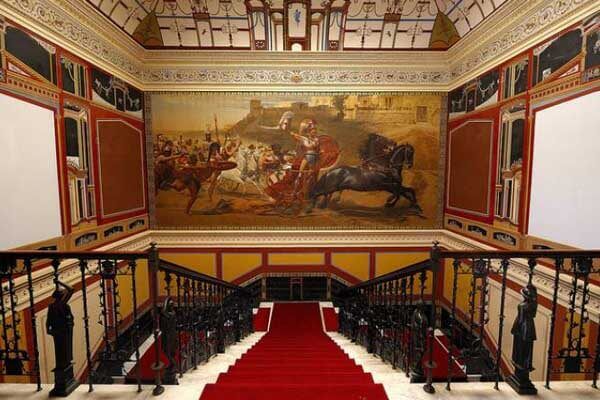 Achilleion is one of the most famous royal villas of Europe and perhaps the most important architectural attraction of Corfu located in the settlement of Gastouri, about 10 km from the city of Corfu. This villa was designed by the Italian architects Rafael Caritto and Antonio Lanti with the Consul of Austria in Corfu, Alexander Warssderg at the beginning, and after his death the baron Von Bucowitz, in a Pompeian style, built in 1890 at the expense of Empress Elizabeth of Austria, which, due to her sensitive health, has asked for her to be built. The villa was dedicated to Achilles, from where her name, the enclosure of which was enriched with statues from ancient Greek mythology. Of these, the most well-known works are the Nine Muses, some works by the Italian sculptor Dominik Morani and others bought by the Empress by Villa Borghese and the Achilles of Death of Herter.

Elizabeth was murdered in 1898. In 1904, in 1907, in 1907, Emperor of Germany William II bought Achillium, where he lived during his regular spring visits to Corfu. He was a man very cultivated and a devotee of ancient Greek culture. He placed a colossal statue of Achilles with the inscription “To the maximum of the Greeks by the maximum of the Germans”.

After World War I, the property of this mansion passed to the Greek State when it was deserted, until it was decided in 1962 to assign it to West German then to operate as a casino at the instigation of King Paul to become Monaco, that would mean this for the parallel development of Corfu. Eventually the casino operated with some micro-breaks until 1981, when the then political excitements forced it to close. It was reopened, under the direction of EOT, in 1984.

It is in a rhythm of a Pompeian mansion. Inside it is painted murals and decorations of important artists of the time of its erection, while on the second floor there is an Ionic peristyle. Around the palace are rich lush gardens, overlooking the North and South. The walls are full of bougainvillea in bright colors and palm trees are raised everywhere. The gardens decorate many statues, mainly Achilles, the empress’s beloved hero, from whom the palace took its name. Dying Achilles is a nice bronze statue, the work of the German sculptor Ernst Hertz. Perhaps Elizabeth of Austria was moved by this statue and bought it after the tragic suicide of her second son, the Archduke Rodolph, in Mayerling. A second impressive statue of Achilles, 15 meters high, was ordered by William Gilbert II.

Achilles can visit  some hours of the day.