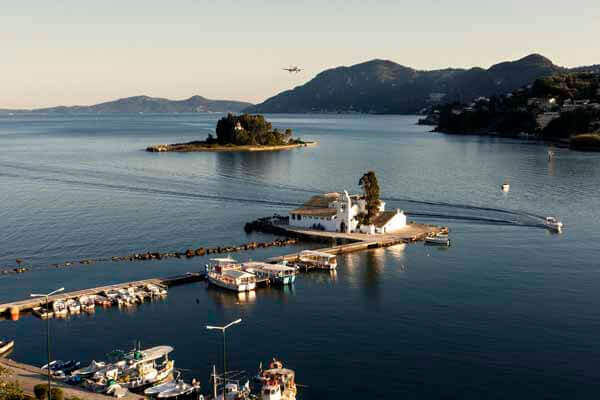 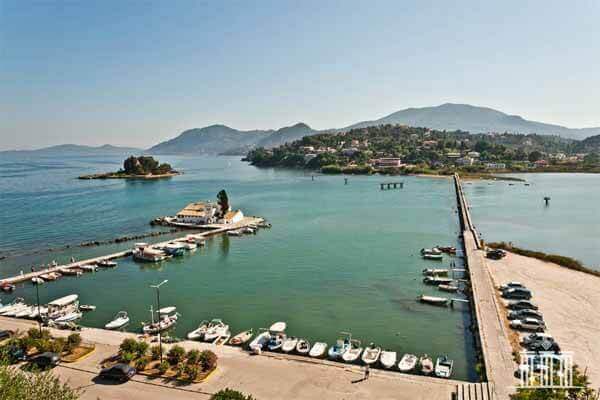 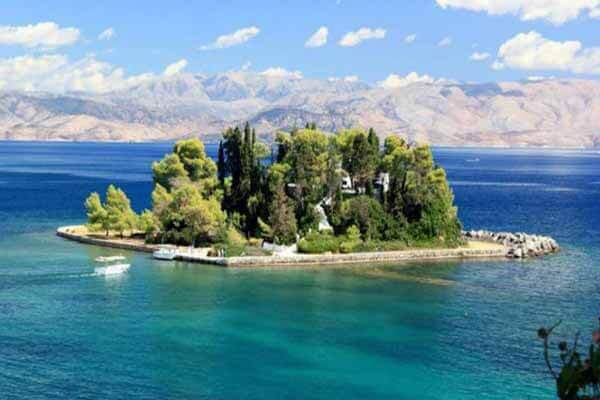 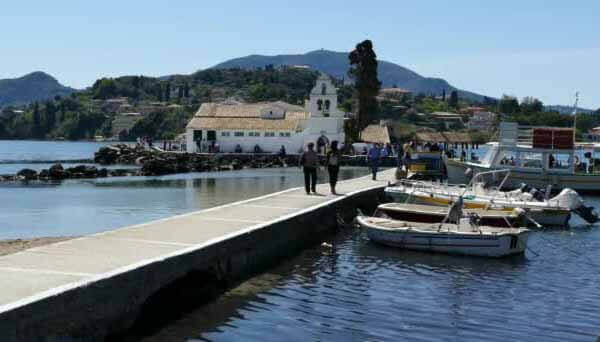 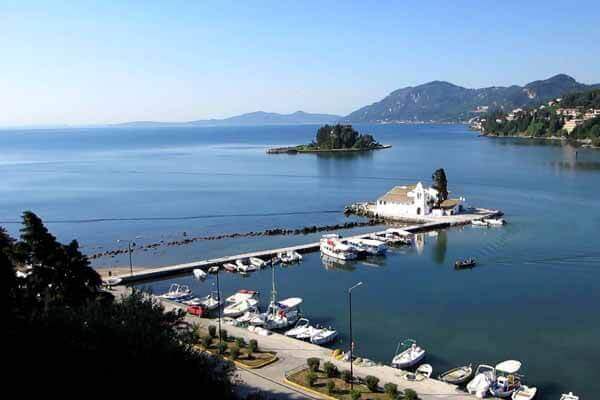 Of the many tourist attractions in the area of ​​Corfu Town, photographed and well-known. The combination Kanoni – Blachernaina – Pontikonisi has become the trademark of Corfu. In Kanoni you will “relax” with the wonderful view and you will see from the “high” the airport, Perama, the Halikopoulou lagoon and Pontikonisi. If you want to visit it, get off the path that starts from Kanoni and ends up to the 17th century Vlahernon Monastery, on a small island that joins the land with a narrow passage.

Here you will find the boats that make many regular routes and will take you to Pontikonisi that owes its name to its miniature size. and which, according to mythology, was a ship of the Phaeacians that became a stone, in which you will still see the remarkable Byzantine church of the 11th or 12th century Pantokrator which is “hidden in a dense pine and fir tree cluster and is the only building on the island.

The famous Pontikonisi, at the entrance of the Halikiopoulos lagoon, is one of the attractions you can admire but it is forbidden to “touch”.
As a natural museum it is forbidden on its territory the stay and the walk of visitors so as not to destroy the virgin environment.