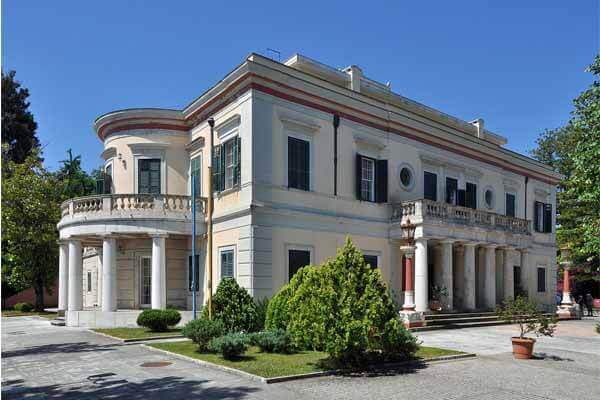 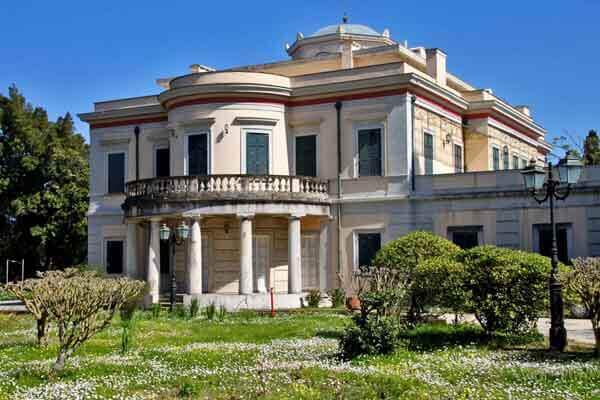 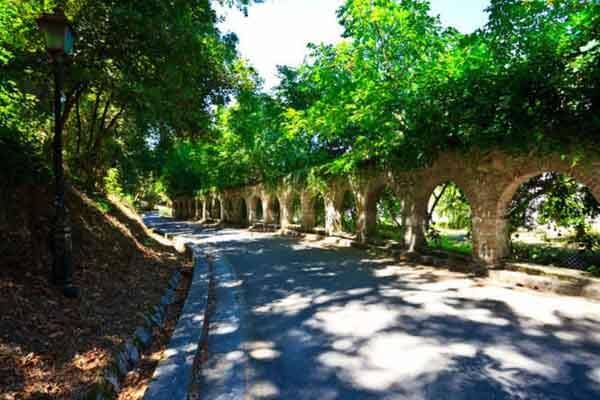 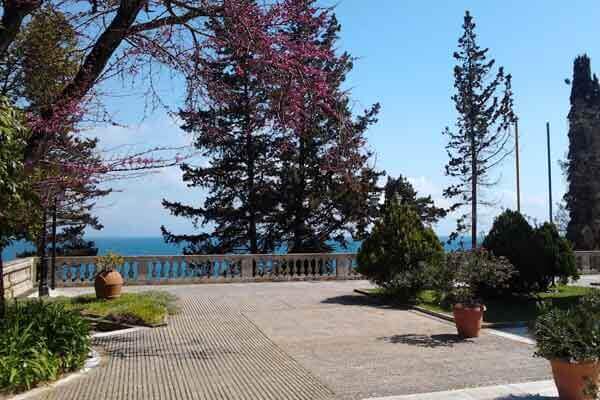 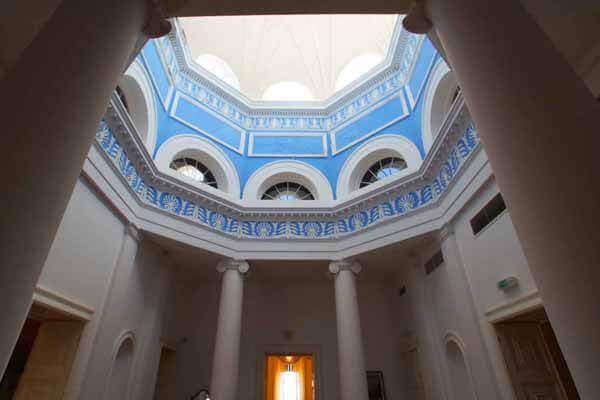 Within the area covered by the archaeological site of Paleopolis in Corfu, there is the green estate of Mon Repos. It is about 3 km from the city of Corfu and covers 258 acres of vegetation on the hill of Analipsi and it also includes an impressive palace with endless sea views.

The Palace of Mon Repo was built by the English Commissioner of the Ionian Islands, Frederic Adam, in 1831. It is said to have been a gift to his beloved wife, Corky Nina Palatianou, while the architect of the work was also the Englishman Whitmore. It has large openings, colonial rhythm with strong Greek and neoclassical elements.

Mon Repo, after the union of the Ionian Islands with Greece, was granted to King George and until 1967 he remained in the royal family, which used it as a summer palace. Since then a litigation has begun for his property, as the royal descendants have claimed it as a personal property, which eventually rejected the Greek courts by granting Mon Repo to the Municipality of Corfu. Today, the palace houses the Museum of Palaeopolis.

King George A’ gave the manor and estate the name that established: Mon Repos which means “resting me”. Mon Repos hosted Empress Elizabeth of Austria before building Achilles, and Prince Philip was born there, who later married Elizabeth of England.

The palace of Mon Repos itself consists of two main buildings, strictly symmetrical with each other. It belongs to the neoclassical rhythm (which in this case is considered early) and is characterized by simple lines with large openings. Especially the second building served as a guest house and bears the name “Tito” – probably a reference to the former Yugoslav president, who used to come to Mon Repo.

Apart from the villa of Mon Repo, visitors are also impressed by the verdant garden that surrounds it. It is computed to be composed of more than 2,000 species of plants, of the smaller herbs and flowers, as towering trees!

In June 1994, under the then Greek Presidency of the European Union, Mon Repos hosted the Summit of European Leaders.

In Mon Repo you can easily reach Corfu by bus or even by taxi, as the route is very short.