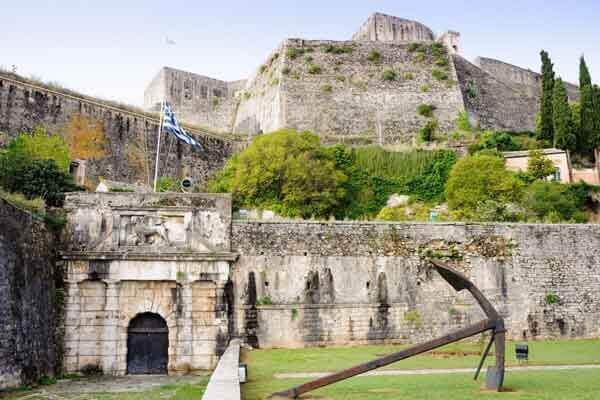 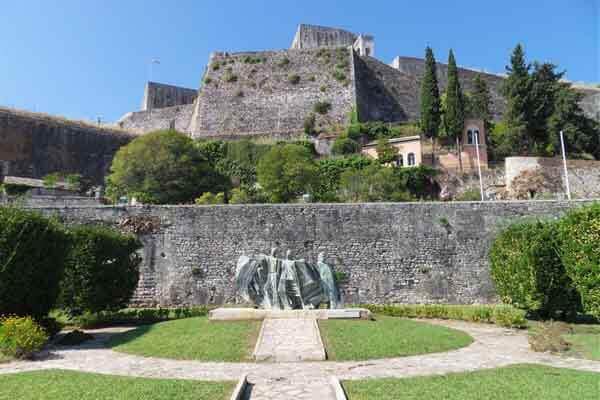 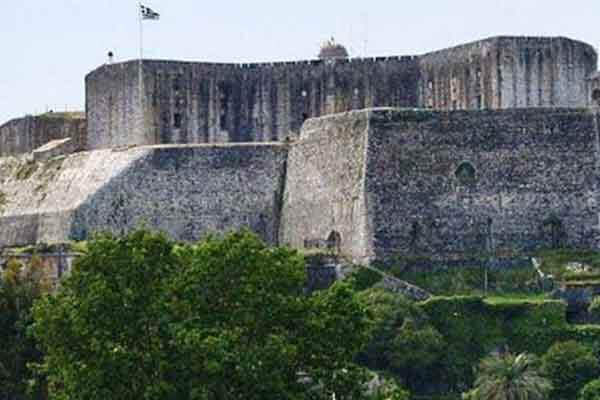 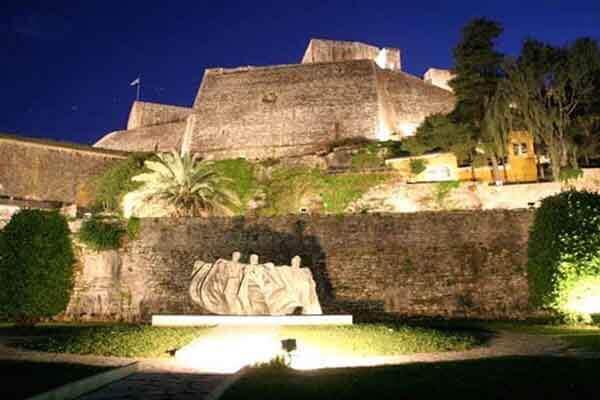 The New Fortress of Corfu (Fortezza Nuova), which dominates the hill of San Marco, was built by the Venetians in the 16th century, when the need for protection of the city, which could no longer be secured by the Old Fortress, became imperative. It is a rugged, rigid building, which stands impressive over the Old Harbor, from which it has access, and offers a unique panoramic view of the city and the open sea.

His Gate is decorated with a magnificent relief of Saint Mark’s Leo, the emblem of Venice. The Englishmen also left their marks: two English barracks, one next to the Gate and the other on the second, while there is also a temple, probably the 17th century, Panagia Spileiotissa.

Today, besides the Navy facilities, the New Fortress hosts exhibitions of photography, painting, etc. while on its premises are found musical concerts as well as other artistic activities.

Its construction began in 1576 and was completed only in 1645, although it has undergone several reconstructions and extensions since then. It is built on two levels to respond to its dual role: port protection and inland control. The fortress has suffered many blows over the centuries. The Corfiots themselves were forced to destroy much of them, as did most of the walls that joined it to the Old Fortress and which surrounded the city, at the request of the Great Powers, on the eve of the union of the Ionian Islands with Greece in 1864 , But the tunnels that united it with the Old Fort are still preserved, without being accessible to the public.

The New Fortress has received violent attacks during the bombing during the Second World War, which caused serious damage.