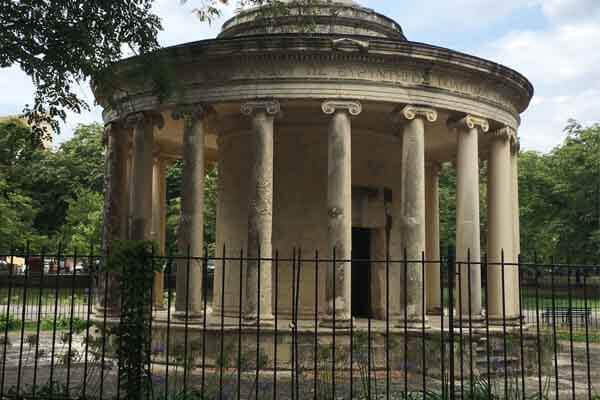 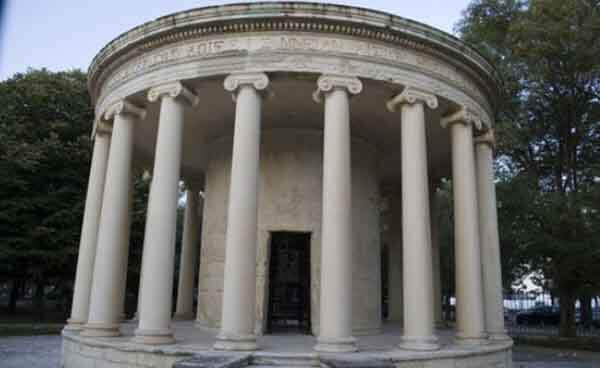 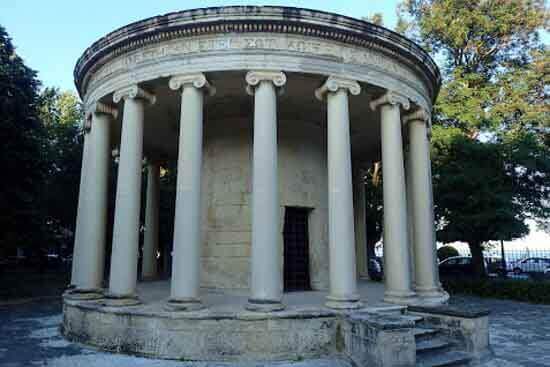 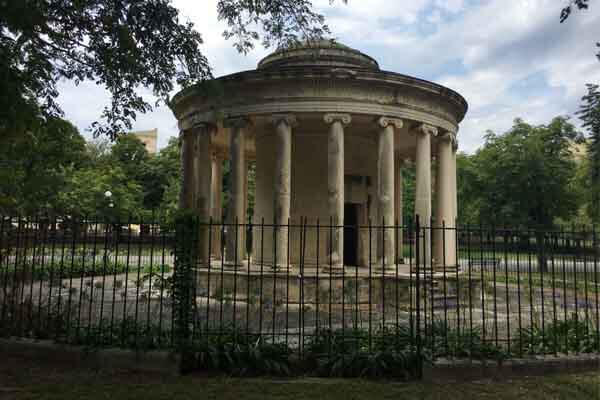 The cistern under the Maitland peristyle was constructed in 1781 on the foreseen Iacovou Grabenigou and was the largest in the city with a capacity of about 2,000 cubic meters of water. The base circle has a diameter of 18.8 meters. and the circle of the roof 20m. at a height of 7.3 m. from the bottom.

At its center there is a cylindrical well 3.30 meters in diameter which is connected to the perimeter wall of the basin with eight radial walls dividing the construction into eight corresponding compartments. These apartments communicate with each other with large arched openings, and with the central well with four much smaller, also arched passages. The bottom of the cistern is covered with a thick layer of clay to ensure the construction is leakproof, while the roof is covered by vaulted structures bridging the openings between the compartments.

The perimeter and radial walls are made of claystone and the central well of bricks with a strong bonding mortar, and a coating of tars, lime, sand and gravel.

Inside, there is a stone inscription under the name of the architect who designed and oversaw the construction of the engineer of the Venetian army, Giuseppe Ferro, and the year of construction.

The shed was still in use when in 1816 (the aqueduct was built on the Adams 1824-1832), a noble Corfiot resolution was published in the Gazette of the Ionian Islands for the construction of a memorial in honor of Thomas Maitland.

In 1821 the peristyle was constructed by the architect colonel of the Royal Engineer of the United Kingdom George Whitmore.